Last weekend the team and I did something really cool. I got the idea from legendary Personal Trainer and a mentor of mine, Todd Durkin.

You see, we were having our Farmingdale location re-painted. As you know, professional painting isn’t cheap. But a nice clean facility is something that isn’t negotiable for us. To keep our job cost down, we agreed to move everything away from the walls and then put it all back upon completion.

Some of our members helped move our stuff to the middle of the floor after their last session on Saturday. It was a great finisher to the workout.:)!

Since we had to move so much stuff around anyway, we decided to have a Purge Party! We spent the day re-organizing, cleaning, and getting rid of stuff we didn’t need. It was hard work but actually a lot of fun. We played music and brought in food. I gave out gifts and made corny speeches. My team is so dedicated to our clients it is refreshing. They essentially gave up their weekend for a greater cause.

What kept us motivated was picturing the looks on the faces of our clients coming in Monday morning.

And it was worth it. Here were some of the comments I heard the following day:

Andy – “It’s the first thing I noticed when I walked in. It re-energizes everything.”

Maryellen – “It looks and smells so clean.”

Ken – “It looks really great. You guys did a great job.”

Those comments alone made it more than worth it.

It’s amazing how much stuff builds up over the years. At one point late in the day, Bill Powers who had been working since early in the morning said to me, “Hey boss. What are you doing with this?” He was referring to a projector screen we had sitting around for years and hadn’t used.

I never got rid of it because I originally paid hundreds of dollars for it. I thought for a few seconds and said, “Let’s toss it.” If we haven’t used it in a few years, we’re not going to.” After all, isn’t that the point or purging?

Purging isn’t always easy but sometimes it’s exactly what we need to do. Here are some things many of us need to purge:

Whether you’re trying to improve yourself physically, emotionally, spiritually, or relationally, some purging may be in order.

What do you need to say no to so you can say YES to what truly matters? 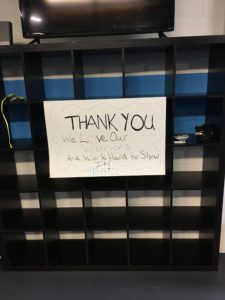 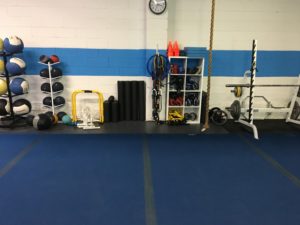 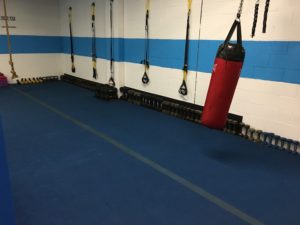