This Friday December 11th, my friend and UFC standout welterweight Ryan Laflare is fighting Mike Pierce on the UFC Fighter 22 Finale card. Ryan is one of the best fighters in the world. This is an especially important bout because he was 4-0 in the UFC before losing to his last opponent, BJJ (Braziian Jiu-jitsu) legend Demian Maia. He’s determined to show the world that he belongs at the top. 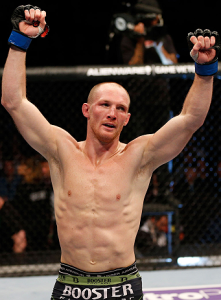 What does Laflare have to do with you? I’ve been thinking about him a lot lately as I see him busting his butt in the gym. This is the first fight in 3 years that I didn’t train with him partly due to an injury I had.

I’ve been watching him though. He practices hard and is at the top of his game. We see him and other athletes go out and perform in front of all the lights and cameras but there are many sacrifices we don’t see. Laflare practices for hours and hours each day. He trains in ways that I don’t even see. Besides the grueling workouts that nobody sees there is…

Ryan dedicates himself to all of this while the actual fight sometimes lasts only minutes. One of his fights was over after only one minute and 19 seconds! Can you imagine training for 8-12 weeks for a 79 second fight? And he would say it’s more than worth it.

I think there are more similarities between people like Ryan Laflare and us than we realize. While he’s training to become a UFC champion, we are all training to be something.

Here are some things we might be training for….

You get the idea. The reality is we are all training for something whether we care to admit it or not. What are you training for?

*Best of luck to Ryan Laflare as his hard work and PRACTICE will certainly pay off!